Tara has completed many youth projects over the years, these ones below are historical and yet still so relevant in their success and impact in supporting and empowering our youth.

Through Te Waipuna Puawai’s  Young Mums Programme,  a mentoring initiative was created in collaboration with Te Waipuna Puawai, The Auckland Women’s Centre and Brothers In Arms called The Young Parent Mentoring Pilot Programme. The programme was launched in 2009, linking 10 young parents with 10 mentors. In 2010, an additional group was formed in direct response to the young parent’s involvement of the development of the programme and The Young Dads Group began. The group reached a peak of 25 young dads, slowing down to an average of 15 attending activities. The group took a youth development approach in all that was developed, with that youth ownership enabling to its’ success.

Tara wrote a document called “From Bottom Up” that offers a guide, some resources and the evaluation of the pilot.  This document was printed and is available from the original partners of the programme as well as The Glen Innes Family Centre, who joined the Collaboration to support The Young Dads Group.

In 2016, Brothers In Arms have decided to re-create this programme into a permanent initiative for young parents in Tāmaki. 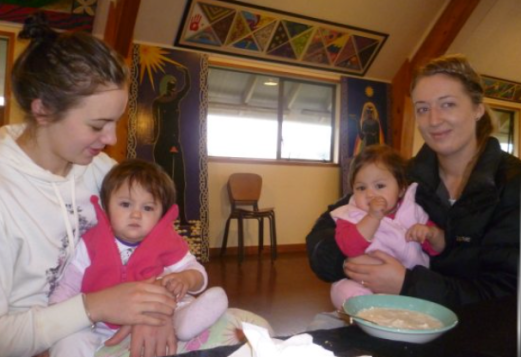 The Eastside Youth Network managed to secure funds in 2008 through The Vodafone Foundation to create a project to help amplify the youth of Tāmaki. Tara was employed for six months to gather youth in the community and help them learn how to share their voice and contribute to activities in the community. The project was a great success with eleven youth groups participating and connecting with each other. Some groups created events, others developed ways for them to be able to learn how to empower themselves and others around them to be proud of their own voice. A little blog called di-gi-voice of that time is still online, amazingly, with some of the content from back then. 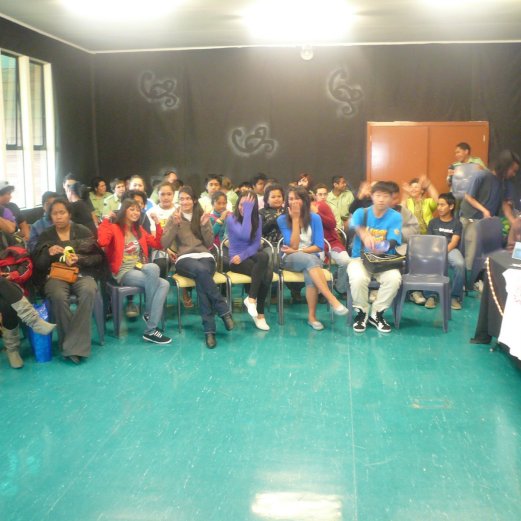 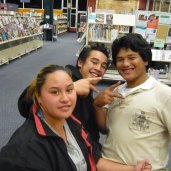 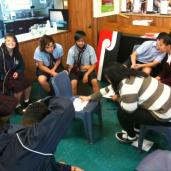 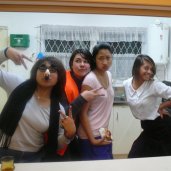 As an outcome from The Glen Innes Visioning Project (2005) that was led by an organisation called Ka Mau Te Wero, The Eastside Youth Network was created in response to the needs of the youth workers, organisations working with youth and to empower youth in Tāmaki. At it’s height, the Network was bursting with over 100 contacts of people that connected with the Network in some way. They connected on a monthly basis, to work on mini projects that were direct responses to youth requests and where ever possible, led by youth, for youth. This Network was unfunded and ran on the commitment of organisations in the community allowing their practitioners to work an allocated number of hours monthly on EYN projects. This model was successful for years, until the numbers of youth organisations and therefore youth workers began dropping in Tāmaki – with the remaining youth workers unable to sustain the workload. A historical site with past information on EYN can be found on an old blogpost site. A more current, but still dormant site can be found on Facebook as well. For a slide show overview, check out this Eastside Youth Network History.

After working at The Glen Innes Police Station in The Glen Innes Youth Development Project in 2005, Tara Moala recognised the importance of responding to the needs of young women. Alongside our communities most recidivist youth offenders, we had sisters, friends and girlfriends who were flying under the radar and yet screaming out for attention. Working with her colleague – Jolene Cartwright, Tara developed a youth developed programme over two years that was named by the youth themselves as “Relating 2 Reality”.

The focus was to empower the young women participants and to step into connecting with their community as leaders in their own right. A Research Document  was written to document the progress, content and outcome of the programme. Because of the complexity of reasons why the young women joined the programme, confidentiality was vital through out, to prevent the community from labelling our young participants as deviants or offenders. Ten years later, all of the young women that Tara has managed to track down, have grown into strong and independent women.

What’s this blog about?

The Rākau Tautoko blog is a record of the different activities that our practitioners have been involved in since our launch at the beginning of 2017.

It also shows the activities that Tara has been involved in and led since she joined the community of Tāmaki in 2005.

The work is varied, but is connected in that it is focused on working alongside community members and building empowering initiatives.